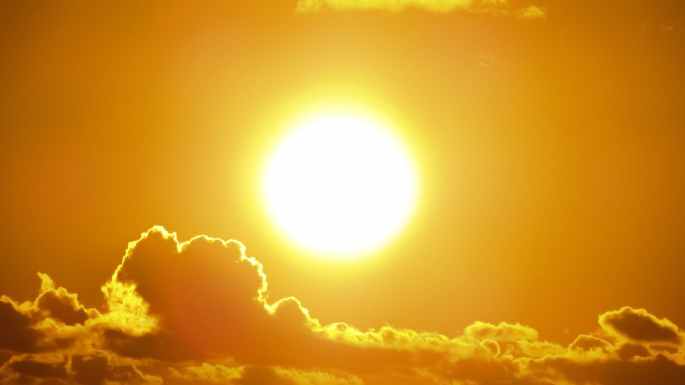 Can you hear the song playing? If you can’t, you’ll probably have it stuck in your head after this:

It’s the circle of life
And it moves us all
Through despair and hope
Through faith and love.

Apparently, Solomon didn’t see it like this. As we progress deeper into Ecclesiastes, we find “the Preacher” using some of the same imagery that The Lion King made inspiring in its opening song. But where Disney brought a tear to our eye with that imagery, Solomon makes it a pointless, purely mechanistic universe.

The sun rises and the sun sets;
panting, it returns to the place
where it rises.
Gusting to the south,
turning to the north,
turning, turning, goes the wind,
and the wind returns in its cycles.
All the streams flow to the sea,
yet the sea is never full;
to the place where the streams flow,
there they flow again.–Ecclesiastes 1:5-7

So what’s the difference? Although I’m not going to completely affirm The Lion King’s theology, the difference between that film and what Ecclesiastes seems to be saying hinges on the fact that the Disney product actually has something like a theology and a point to the universe, unless we’re supposed to believe that the sudden burst of sunlight at 3:32 in the video is just a coincidence. “Till we find our place,” the song proclaims, the clouds allowing the sun through on “place.”

What is our place? If we take the opening verses of Ecclesiastes at face value, then we might be listening to the likes of Richard Dawkins, people who claim that we live in a completely unguided, completely accidental world. Why do we have creatures as diverse and wonderful as a lion and a baboon? According to them, it is pure random chance, spiced up with natural selection.

The Preacher points to the sun, wind, and streams. They seem to be going somewhere, but that appearance of purpose is like the appearance of design in life. It’s just an illusion. In fact, those three forces wind up right back where they started their cycles. In these verses, the “circle of life” has no more point than the spinning horses on a carousel.

If we were to buy into the idea that nothing has a point, then really the only rational way of life would seem to be the pursuit of pleasure espoused by Epicureanism. If there’s nothing bigger than me, if the cycles of nature are indeed going nowhere, then why shouldn’t I be as selfish as I want? Why shouldn’t I hate my neighbor and my enemy if it suits me? Why shouldn’t I take and take to get as much of what I want as I can get?

If we believe that the circle of life is of no more significance than the spinning of a pinwheel, which seems to be where Solomon is taking us, then why wouldn’t we be mired in despair, moaning about everything being pointless?

Without God, the circle of life is spiraling toward the death of the sun and the depletion of our natural resources. I’ll opt for Simba’s circle above that, but God has a better one still.

Bo the poodle and I went for our customary morning Diet Dr. Pepper run this morning, heading to the QuikTrip nearest our house. As we drove–I drove, Bo was in the back–I found myself irritated by the yellow circle of the sun, just above the horizon, blasting into my eyes. There sat the sun, almost perfectly in front of me as I tried to see the road before me. Then I thought about the matter a bit.

Thirty-ninth Street in my hometown runs down the middle of section 22 in the 19th-century division of lands: township, range, and section. Two streets, 35th and 43rd, mark the north and south boundaries of that section (and all of the mile-square, 640-acre sections) in the area. All of these numbered streets run, for all practical purposes, perfectly east and west. Therefore, as I drove on 39th Street this morning at about 7:30 a.m., four days before the vernal equinox, I drove straight east. Looking more carefully, I realized that the sun was actually just a tiny bit to the left of straight ahead and just a hair above the horizon. In other words, I expect, on Wednesday, the so-called “first day of spring,” the rising sun will be perfectly above 39th Street should I drive at that hour.

Anyone who understands some basic astronomy will read these words and look unbelieving at me. It’s as if I breathlessly announced that a pot of water, left on the stove indefinitely, would eventually turn into a gas we call steam. Certainly I cannot call the mechanical operations of the solar system a miracle, can I?

The beginning of Psalm 19 suggests that, if not a miracle, that orderly operation of the heavens, the predictability of sun, moon, and seasons does proclaim the presence and greatness of God:

The heavens declare the glory of God,
and the expanse proclaims the work of his hands.
Day after day they pour out speech;
night after night they communicate knowledge.
There is no speech; there are no words;
their voice is not heard.
Their message has gone out to the whole earth,
and their words to the ends of the world.

Far from being annoying, the sun in my eyes this morning declares the glory of God and proclaims the work of his hands. Isaac Newton’s second law of thermodynamics tells us that the natural way of systems is that they move from order to entropy, from design to chaos. If that held true here, then we might never know when or where to expect sunrise.

But God has pre-positioned miracles in our midst. These miracles hold the universe together. They allow creatures to pass genetic information from one generation to the next. They provide for human respiration and plant photosynthesis.

“Praise God from whom all blessings flow,” the traditional “Doxology,” sings. Sometimes those blessings pop up in the form of a healing or a fortuitous discovery, but most of the time they have been placed into the world from the foundation of the earth. That’s some praiseworthy foresight!

For every house is built by someone, but God is the builder of everything. Moses was faithful as a servant in all Gods house, bearing witness to what would be spoken by God in the future.
(Hebrews 3:4-5)

Penny and I drove from Tulsa to Kansas City today. Along the way, we enjoyed the sights, such as they were. We delighted to (but did not stop in at) the McDonald’s bridging I-44. We oohed and ahhed at the fifteen-foot morel mushroom somewhere north of Joplin. But mostly we admired barns in various states of repair.

One barn that I always enjoy is a large masonry structure just outside Harrisonville, Missouri. Back in my childhood, some clever wag tagged that building’s wall with “Draft beer, not our boys.” Today, that sentiment is, like the draft, long gone, but the barn still stands, apparently unused, in a similarly unused pasture.

Somebody spent a good deal of time and money building that barn. They built it to last. Since it looked to be old and unused forty years ago, my surmise is that its builder has long ago gone to his reward. If he were still doddering about, he could certainly look with satisfaction upon his handiwork.

Some buildings seem designed for the long haul. The Tower of London is approaching its 1,000th birthday. The Great Pyramid is many thousands of years old. But by and large, the buildings erected by human hands crumble back to earth within a relatively brief span of years, especially if they’re not carefully maintained.

Compare that with the “building” of God. Besides being almost infinitely larger and more complex, God’s handiwork not only endures but replenishes itself. According to the scientists, the Sun will one day burn itself out, but within reasonable time spans, God’s creation, left to its own devices, will just keep on humming, presumably for millions of years.

We sometimes have to remind ourselves that the building is not the Church. In Moses’ day, the Tabernacle was neither the entire creation or the Creator. Neither the tent nor its successor building could contain that Creator.

I wouldn’t want to serve a God who could be fully contained or fully comprehended.