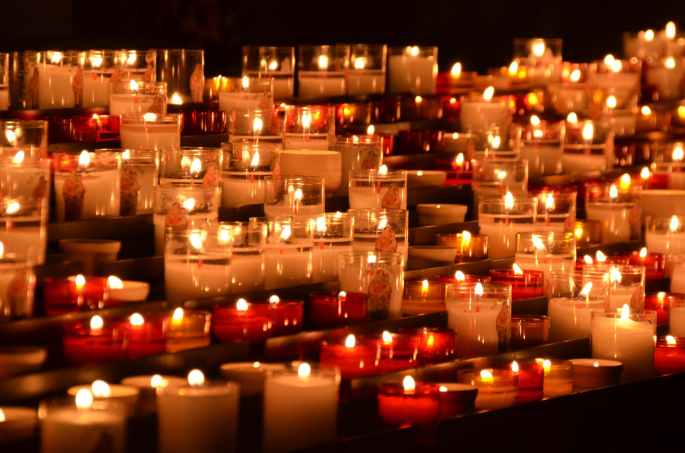 Where was Kira when the lights went out? In the dark?

The lights are off, but somebody’s home. That was the situation in the home of a woman–let’s call her Kira. The city, which runs the water and electricity utilities had turned off service, leaving Kira and her children dry and in the dark.

If you’re like me, you might be sitting there smugly thinking how you’ve always managed to pay your bills and how you’d never let such a thing happen. Let me assure you that, although she might have taken missteps along the way, Kira is not a deadbeat or an incompetent. A year ago, she had endured a serious injury that took time to heal, time when she couldn’t work. The family got behind on an already-tight budget. Things snowballed, and eventually they owed several thousand dollars.

First, she continued to teach her kids–middle to high school in age–to trust in God and live obedient lives. Tough times were not an excuse for ugly behavior in Kira’s house.

Second, after she got back to work, she did not simply focus her thoughts on getting the family’s budget righted. Instead, she continued to look at the people around her. The lady next door needed her yard mowed but couldn’t push the mower around the lawn. Kira thought, “I have time, and I have legs. I can mow her grass.” Many people in Kira’s situation would have sat back licking their wounds and feeling sorry for themselves.

When she saw another neighbor, she felt led to give that woman some groceries. Sure, by taking food out of her own pantry, Kira was costing the family money that they needed to get right with the utility office, but she still did it. The neighbor thanked her, explaining how they had no cash for groceries for the rest of the month.

Then came Sunday. After discovering how much it would take to get at least Kira’s water turned back on, Penny and I felt a definite urge to help. Penny’s small group, told anonymously of the situation of this woman most of them didn’t know, collected funds, more than we had expected. A new member of the class, somebody attending for the second time, didn’t have cash but brought a large sum to our house in the afternoon.

When Kira brought the kids over that evening to take showers and run some laundry, Penny, without comment, handed her an envelope containing over $800, more than double what she needed to get the water turned on.

I have been young and now I am old,
yet I have not seen the righteous abandoned
or his children begging for bread.
He is always generous, always lending,
and his children are a blessing.–Psalm 37:25-26

I’m pretty sure that Kira didn’t mow grass or share groceries thinking about a payoff from God. She did those things for the same reason we all put money into that envelope: to seek God’s kingdom first.

Doing that, we know that all we needed will be provided for us. Where was Kira when the lights went out? From what I can see, she was standing and trusting in the light.