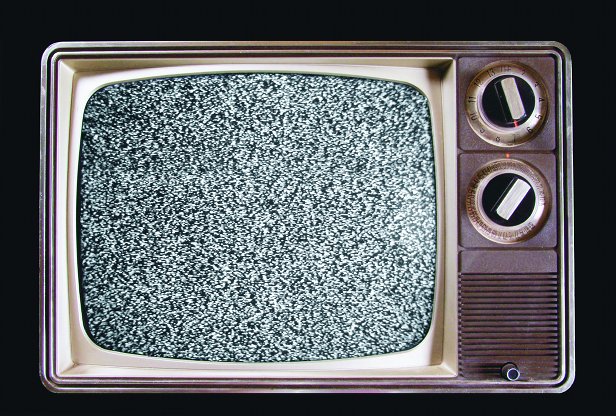 “It’s the end of the world as we know it!” Yes, PBS decided to go full SJW and portray a same-sex marriage on Arthur. I wasn’t aware that there was a character named Mr. Ratburn, but I’m really disturbed that he came out as gay after twenty-plus years and that PBS decided to portray that to the impressionable kids of America.

Or maybe I’m just rolling my eyes and saying, “Ah! It’s the obligatory homosexual character.” Every show pretty much has to have one these days. Relevance to the plot is completely optional. In response to the “coming out,” I actually saw one tweet that complained that Marvel hadn’t done this yet, suggesting that the failure to action indicated that the comic titan doesn’t care about LGBTQ+ lives. Really, how many more people have to die before Marvel will act?!

Although I’m not thrilled with the choices at PBS, what else is new? Knuckle-dragging social conservatives like me should know the world in which we live. And if we think that Mr. Ratburn’s trip down the aisle is going to cause the fall of Western civilization, then we don’t know the much stronger indoctrination that is flowing through our schools.

But here’s where I will complain. Those who applaud the Arthur decision, perhaps heralding it as bold and courageous, probably argue that young people–straight and otherwise–need to see good role models–straight and otherwise–in their media diet. It’s like an African-American kid who never sees African-Americans as teachers or doctors or whatever. I understand that logic.

If that logic is sound, however, I have to wonder if it isn’t similarly vital that we portray Christians in a positive light. Shouldn’t kids–believing and otherwise–be exposed to good Christian role models in movies and TV and the like? Is there an openly Christian character on Arthur? There is a Jewish girl, Francine Frensky, but where should the impressionable young Christian kids go to find a role model?

Honestly, how many Christian characters have come out on mainstream TV or movies? When people are portrayed as Christian, they are typically shown as bigots and haters. At best, they come off as hypocrites and fools. It’s the modern-day version of all those stereotype characters we wouldn’t tolerate today. Seriously, how many such characters can you name? Since many hundreds of characters are portrayed in various productions and since a significant percentage of people identify as Christian, must we assume that Hollywood is just keeping those characters closeted?

Today, a young person is watching television. Between shows, this child wonders, “What’s wrong with me? Am I maybe Christian?” Doesn’t that child deserve to see positive portrayals just as much as the ones who might benefit from Mr. Ratburn?

Surely they do deserve that. Unless, of course, the message is that there’s something shameful and wrong with being a believer.  But that couldn’t be, could it?

Shocking Scientific Finding: Kids who watch a lot of TV get fatter!

I’m being flippant. I wouldn’t blame you for thinking you’d like to change the channel on me. But the remote is across the room, so you’ll have to hear me out.

A new study suggests that kids who watch as much as one hour of TV a day have a significantly increased incidence of overweight and obesity.

Children watching one to two hours were heavier than those watching less than one hour, and were almost as heavy as those watching greater than two hours daily, the studys author, Dr. Mark DeBoer of the University of Virginia, told Newsweek.

Why would this be, especially when playing video games and using the computer did not lead to similar increases. The researchers did not get to that result, but other studies have suggested that the steady barrage of (junk) food ads during children’s programming could account for some of the problem.

My experience suggests that the passivity of TV is a bigger key. It’s pretty tough to play XBox when you have your hand stuffed into a bag of Doritos, and typing while eating Cheetos leaves that orange crud all over the keyboard.

What’s wrong with Dr. Oz? According to a growing list of prominent doctors, Oz, at least as he performs on his TV show, is more quack than doctor. The attackers, led by Stanford’s Dr. Henry Miller, are currently asking Columbia Medical School to remove Oz from the faculty.

I think I know the motivation at Columbia, he continued. Theyre star-struck, and like having on their faculty the best-known doctor in the country. But the fact is that his advice endangers patients, and this doesnt seem to faze them. Whether theyre hoping Oprah will come and endow a center for homeopathic medicine, I don’t know.

The apostles of science are always quick to criticize Christians who make claims that they have no basis to make. I’ve heard of at least one Christian writer who believes that demons are transmitted in body fluids during sex. That’s neither science nor theology.

It’s good to see the scientific establishment holding their own people up to high standards. Dr. Oz is, I suppose, free to tout the latest “miracle cure,” but he shouldn’t be able to do that and retain his credibility as a man of science.

But we do see Jesus, who was made lower than the angels for a little while, now crowned with glory and honor because he suffered death, so that by the grace of God he might taste death for everyone. (Hebrews 2:9)

Have you ever watched Undercover Boss? In this show, CEOs from big corporations disguise themselves and work in low-level jobs for a period of time, all the while being followed by a camera crew. You’d think that after the first couple of episodes of this show had been aired, the jig would be up and nobody would be able to maintain the charade. Still, week after week CEOs manage to work in convenience stores, garbage trucks, or manufacturing plants, apparently unrecognized by anyone.

This is what happened when Jesus came into this world. The ultimate CEO came into the rabble and lived his life. Of course, Jesus wasn’t followed around by video cameras, so it’s understandable that people didn’t catch on to his identity. On the TV show, the CEO reveals himself at the end, doling out rewards to his good employees and humbly sharing what he learned. It’s amazing that these people never seem to discover slacker, antisocial employees in their organizations. Jesus, of course, returned to his “executive office.” He doesn’t share any things that he learned during his undercover stint, but he certainly has some goodies for even the less-than-stellar followers.

I don’t think we can overemphasize the role change that Jesus underwent, going from Heaven to here, putting off the trappings of Deity to take on human flesh. TV’s undercover bosses do their role reversal for a week or so. Presumably they go home at night. Jesus did his reversal for 33 years, spending 24 hours a day in the land of smelly humans. While the undercover boss does his thing to boost stock prices and his own performance, Jesus did his for us: worthless, ungrateful wretches living in open defiance of the creator of the universe.

That’s a difference that will echo long, long after Undercover Boss has long since been replaced by some sappy sitcom.