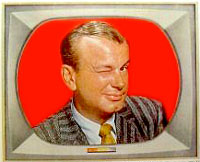 How many times has this happened to you? You start reading the Bible, doing your best to understand the ideas that God has laid onto the pages for just such a time as this, but then you’re hit with a ring around the Bible!

Solomon knew all about it. He knew about ring around the Bible, because he helped to create it.

Here is a tragedy I have observed under the sun, and it weighs heavily on humanity: God gives a person riches, wealth, and honor so that he lacks nothing of all he desires for himself, but God does not allow him to enjoy them. Instead, a stranger will enjoy them. This is futile and a sickening tragedy.

What a Sickening Tragedy

Sometimes we read a passage in the Bible and we have that strange deja vu feeling. “I’ve read this before.” In the case of the verses for today, it was just a few days ago, back in Ecclesiastes 5. Koheleth tells us about the “sickening tragedy” that can come with wealth, and then he just keeps telling us about it. We turn the page, hoping to get to a new topic, some other whole field of futility, but we still find ourselves faced with ring around the Bible.

I have to admit that I have nothing new to say about this passage, so I want to look at the closing words for a moment. In the CSB, we read of a “sickening tragedy.” That’s a strange phrase, so I decided to look the words up in other versions to see just how else it has been translated. Here’s what I got:

These translations all come from a couple of Hebrew words that essentially mean “evil” and “illness.” But you can see that they differ in a couple of ways. First, the literal level of it is interpreted in two ways:

Those are very different things, like seeing something disgusting vs. having the flu. But then there’s the second level, which goes on to interpret the words beyond this idea of bad and illness. Probably the greatest liberty is “terribly unfair,” which is about the same as the Good News Translation’s “and it just isn’t right.” I’d have to argue that these versions take too much liberty with the original as there’s no clear indication of injustice in the Hebrew. Interestingly, both of these versions are publications of the American Bible Society. Take that for what it’s worth. Still, even these version do not significantly change the meaning of the text.

Am I getting lost in the weeds here? It’s possible. I’m not sure whether the situation described in these verses is a bad thing that makes you sick or a sickness that is really bad, and maybe I don’t need to care. Maybe it’s enough to boil all of these things–misery, evil, misfortune, and so forth–down to something significantly bad.

As Christians we’ve been given an immense treasure in the pages of the Bible. Unlike the rich man lamented in today’s verses, most Christians opt not to make use of this treasure because they simply let it languish on the shelf. Like the pesky stains from those old Wisk advertisements, our sin-stained selves are not likely to move toward being sanctified until we use God’s Word as it was intended. Otherwise, we’re left with ring around the Bible.

That, friend, is a sickening tragedy, especially if it applies to you.

Jesus was indignant. He reached out his hand and touched the man. I am willing, he said. Be clean!  Immediately the leprosy left him and he was cleansed.

Jesus was indignant? That’s what my New International Version of the Bible says.  Was Jesus having a bad day? Was he particularly grumpy about lepers? Or just lepers who had the temerity to speak to him? This just doesn’t seem like the Jesus that we read about elsewhere in the Gospels–and perhaps most to the point elsewhere in Mark. In most translations, Jesus is full of compassion–the proper translation of that tongue-spraining word in the title–but in the NIV, he’s indignant, translated thus from a different but similar Greek word that appears in only one early Greek manuscript.

Recently, Bart Ehrman, the scholar who has made a healthy career out of churning out a series of books skeptical about the veracity of the Bible, has argued that, despite the many manuscripts that read “compassion,” the lonely one reading “indignant” is to be preferred. Why? Because it is the more difficult one to read and accept. That’s a great piece of logic. If we could find a manuscript that said Jesus was a space alien, Ehrman would undoubtedly jump on that as well.

While the scholars in seminaries and universities around the land can write their books and articles full of Greek letters and arcane references, we need to be sure not to miss the point. I don’t know why Jesus would be indignant, but perhaps he was. But the key thing is that, indignant or compassionate, Jesus reached out and healed this man.

My emotions are not always as predictable as Jesus’, but whether I am in a good mood or bad, living my best or worst day, I cannot reach out and heal a leper in the easy, almost offhand way that Jesus did this man.

Despite the fact that God’s Word was recorded by fallible men and then copied and translated by a series of more fallible men, it does reveal the character, the nature, and the power of Jesus. Those qualities have survived the Bart Ehrmans of twenty centuries and they will long outlive the current one, articulate and clever as he is.